To provide the highest level of service, the Website uses cookies saved in the memory of your browser. Detailed information on the purpose of their use and the possibility to change the settings of cookies can be found in the Privacy Policy. By clicking ACCEPT ALL, you consent to the use of technologies such as cookies and to the processing by Ośrodek Promowania i Wspierania Przedsiębiorczości Rolnej, pl. ks. J. Poniatowskiego 2, 27-600 Sandomierz, NIP: 864-00-07-587 of your personal data collected on the Internet, such as IP addresses and cookie IDs, for marketing purposes (including for automated matching of advertisements to your interests and measuring their effectiveness).

Are required to enable basic site functions, such as providing a secure login or remembering what stage of booking a user is at. Without these cookies, use of Our Site will not be possible.

They allow analysis of a user's use of the site in order to evaluate and improve its performance by understanding how users use the site and are designed to match and remember user preferences. They may also be used to provide better customer service on this site.

These cookies are used to display ads that are more customized to a user. We may share this information with advertisers or use it to better understand user interests. Advertising cookies may, for example, be used to share data with advertisers so that the ads a user sees are more suited to the user, so that the user can share certain pages on social networks or post comments on our site.

The former Gothic town hall was built soon after the Lithuanian raid in 1349. It was a building on a plan of square and topped with a high octagonal tower. The southern part of the Town Hall dates from this period. In the 16th century it was developed into a form of an extended rectangle and topped with an attic. The tower was rebuilt in the 17th century. On the ground floor there is the section of the Regional Museum, in the basement there is the Club of Sandomierz Cultural Society Office of Civil State. Next to the Town Hall, from the east, there is a statue of the Virgin Mary from 1776.
www.sandomierz.pl

Burghers` Houses in the Market Square

House called the Bobola’s Boarding House in the 17th century was a boarding house for the students of Collegium Gostomianum. In one of the rooms on the ground floor there is a painting from 1600. It presents Christ the Judge and some figures surrounding him - probably the owners of the house.
House called the Oleśnicki Family’s House has preserved an original lay-out. Here in 1570 the representatives of Polish Lutherans, Calvinists and Hussites signed “the Agreement” and worked out a valid catechism. In the yard there is the entrance to the Underground Tourist Route.
House called the House of Nicolaus Gomółka, a prominent Polish composer of the Renaissance period.
House called “Pod Ciżemką” belonged to a Hungarian brewer Łazarczyk in the 16th century. There is an original lay-out and, in the restaurant hall on the first floor, a wooden ceiling and a Renaissance biforium.
www.sandomierz.pl

The entry from Oleśnickich Street - leads through underground merchant stores from the 15th - 17th centuries, running under the burghers’ houses in the Market Square for about 500 m. The deepest level is 12 m beneath the ground floor. There are original casings, interesting exhibitions, mysterious corners. Some amazing legends are connected with the place.
www.sandomierz.pl

A Gothic gate to the town founded in the 14th century by the King Casimir the Great. The original system of the Gothic walls consisted of four gates leading to: Opatów (the only preserved), Zawichost, Lublin, and Cracow and two wicket gates (of which one - the Dominican wicket gate, called “the Needle Eye” - has been preserved) as well as twenty-one defensive towers. On the northern facade of the gate there is an original guide bar which was used for lowering the portcullis. The Opatowska Gate is crowned with a Renaissance attic. There is a scenic terrace on the top.
www.sandomierz.pl

The only preserved wicket gate, out of the two that once existed in the system of Sandomierz defensive walls.
www.e-sandomierz.pl
Foto: Ewa Sierokosz

Erected on the place of the former fortress from the 10th century. This royal-founded brick and stone castle was built since the 14th century. In 1525 it was transformed into a Renaissance residence according to a project by Benedict called “Sandomierzanin”. Originally it consisted of four wings embracing an arcaded courtyard. The castle was blown up by the Swedish army in 1656. Only the western wing was preserved and was used as a prison since 1821. The building was rebuilt in the years 1960-1986. Now it is the seat of the Regional Museum.
www.sandomierz.pl

Erected on the place of the original Romanesque collegiate church (mentioned since 1148), which was destroyed during the Mongolian invasions in the 13th century and the Lithuanian raid in 1349. In 1360 the King Casimir the Great founded a new collegiate church, which received the dignity of the Cathedral in 1818 when the Sandomierz Diocese was established, and then, in 1960, the dignity of the Cathedral Basilica. It is a Gothic building of a hall type with a trilaterally closed and extended presbytery, ceiled with a cross - ribbed vaults.
The interior of the church is decorated with a complex of magnificent rococo altars (from the second half of 18th century) at aisle piers. They were made by a prominent craftsman Maciej Polejowski from Lvov. On the walls of the aisles there is a set of 16 paintings, of which twelve create the “Calendarium” cycle, whereas four paintings under the gallery present scenes from the history of Sandomierz, painted by Charles de Prevot between 1708 and 1737. In the treasury of the Cathedral there are: the privilege document of the town’s second location from 1286, numerous incunabula and the Reliquary of the Holy Cross Tree offered to Sandomierz Collegiate church by the King Ladislaus Jagiełło who thus acknowledged the merits of the Sandomierz knighthood in the Grunwald battle.
www.sandomierz.pl

The House of Jan Długosz

An old mansion founded in 1476 by John Długosz (a diplomat and a historian, the author of the first history of Poland). The building has two and a half room lines and a spacious hall to which two late Gothic portals lead. In the south, over the vestibule, there is a foundation board with John Długosz’ coat of arms “Wieniawa”. In the 16th century the building was topped with an attic. In the years 1934-1936 it was overhauled and “regothicised”. Since 1937 the collections of the Diocesan Museum have been situated here. The author of the museum exhibition was Charles Estraycher. The most interesting exhibits are: the Gothic painting “the Three Saint Women”, the painting “the Virgin Mary with the Holy Infant” by Lucas Cranach, the sculpture “the Virgin Mary on the Throne” from a church in Goźlice from the 13th century, a collection of liturgical garments (15th - 18th century) and miniature organs from the 17th century.
www.sandomierz.pl

A natural loess ravine about 500 m long and up to 10 m deep. The ravine divides St. Jacob’s and St. Paul’s hills. It is the most beautiful ravine among loess ravines in the vicinity of Sandomierz.
www.sandomierz.pl
Foto: Ewa Sierokosz

Together with the Dominican monastery is one of the oldest brick churches in Poland. It was founded by Ivon Odrowąż in 1226-1250 as the second Dominican convent in Poland, after the Cracow one. The church was built as a three-aisled basilica with an extended three-arched presbytery. The church is adjoined by the wings of monastery, partly preserved, a belfry from 1314 and a chapel from the mid 17th century, devoted to the Sandomierz martyrs. The late-Romanesque ceramic decoration of the facade attracts the attention, especially the northern portal, one of the most beautiful Romanesque ceramic portals in the world. The interior of the church is decorated with valuable stained-glass windows from the years 1910 - 1918, designed by Charles Frycz, the wings of the former high altar from 1599 and the stucco work of the vault in the presbytery and the Chapel of Martyrs from the 17th century.
www.sandomierz.pl

St. Paul's church - the parish of Saint Paul was established in 1226 by a Cracow bishop Ivon Odrowąż. The present church was erected on the place of the original wooden one in the 15th century. This one- nave church, enlarged in the 17th and the 18th centuries, attracts attention with furnishings from the mid 17th century and the stucco work of the vault. The church cemetery is surrounded by a stone wall with a belfry from the 19th century.
www.sandomierz.pl
Foto: Ewa Sierokosz

And the old monastery of Reformati Order is the newest of the historical churches in Sandomierz. In the Baroque church, consecrated in 1697, there is an interesting interior furnishing in the “Reformati” brown colour. The high altar and six side altars, from about 1820, were painted in the illusionistic manner. The altar antepedia made of dyed straw date from this period as well. The church is surrounded by a wall with the Stations of the Cross. The monastery buildings on the southern side of the church have been preserved. The peculiarity of St. Joseph’s Church is the corpse of Teresa Izabela Morsztynówna, placed in a glass coffin in the basement of the church. Next to St. Joseph’s Church there is a municipal park set up in 1872.
www.sandomierz.pl

And the old Benedictine nuns monastery were founded in the 17th century by Zofia Sieniakowska, according to a project by Michał Linka. The church has one nave, ceiled with a barvel-crossed vault supported by double Ionic piers.
A few furnishings draw a special attention: the pulpit in the form of genealogical tree of Benedictine order growing from a lying figure of St. Benedict, made by Mateusz Roskwitowicz in the 17th century, two side altars coming from the same period as well as some stalls and benches made in Marcin Czarny’s workshop. In front of the church there is a small garden, separated from the street by a wall and a pulpit. The eastern side of the garden is limited with a little chaplain’s house and a belfry and in the west there is a building of the former cloister wicket. The church is adjoined by the buildings of the old monastery from the west. The Baroque buildings have an interesting basilica-like construction what makes the post Benedictine complex an excellent example of the Baroque monastery architecture in Poland. Since 1903 it has been the seat of the Seminary College.
www.sandomierz.pl

The Church of the Holy Spirit

Together with the adjoining buildings of the old hospital created a monastery complex administrated by the Convent of the Hospital order called “Duchacy”. The original wooden complex, founded by Cracow Castellan Żegota in 1303, burnt during the Lithuanian raid in 1349. It was rebuilt in the late 14th century. The Gothic Church of the Holy Spirit originally belonged to a group of pseudo-double-aisled churches. The nave vaults were triple-stellar, supported by a middle pillar. The present vault dates from the 18th century. In the Chapel of Our Lord Jesus there is a statue of the Sorrowful Christ, which, according to a tradition, comes from the Castle chapel.
www.sandomierz.pl

Baroque, from the 18th century with a magnificent stone portal.
www.sandomierz.pl

The Jewish community in Sandomierz was one of the largest and the most important in Małopolska (the southern part of Poland). Together with the Cracovian Quarter Kazimierz it received the privileges of royal protection from the King Casimir the Great. The synagogue was erected in the 17th century. In the 18th century the kahal building was adjoined from the north. At present there is a section of the State Archives in the building.
www.sandomierz.pl 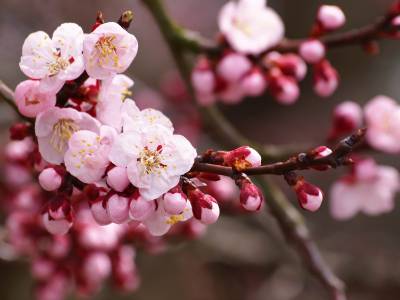 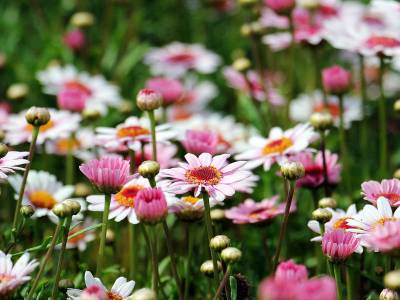